People always ask me if it's different having a boy.  At this point in time, the difference that I'm struggling with is not that I have a boy now (although, I know I'll notice those differences as he gets older), but rather that I have three.

I've heard that going from 1 to 2 is the hardest, but for me - right now - going from 2 to 3 has been the hardest.  Sure, going from 1 to 2 was hard.  I remember some very difficult situations that I dealt with right after Cami was born.  But I don't know...can't quite put my finger on it, it just seems harder this time.  Some days I wonder why on earth I even chose to be a mom, because I feel like such a failure.  But then I read encouraging blogs of those who have gone through this, are going through this, and I realize that I'm not the only mom that struggles in raising their kids.  That this is normal, even.

The main thing that's hard is the 3:1 ratio.  And even when Grant is home, we're still outnumbered.  I don't have enough hands (or brain cells, it seems like) to do alot of things these days.  I'm pulled in different directions all day long.  Sometimes, I can hardly put a sentence together.  But I love my kids more than anything, and I just tell myself that it won't always be like this.  They won't always be this little.  And there are great moments.  Really precious moments.  And at the end of a hard day, I think about those moments.

For instance, Tucker.  He's a sweet baby.  A very, very sweet baby.  I'm not kidding, this kid will make you want a baby.  When he smiles at you, his whole face lights up, and it's just the sweetest thing.  I can be in a really bad mood, but one smile from him can totally change me. 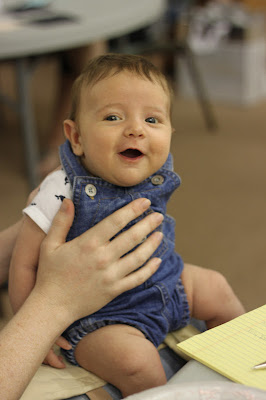 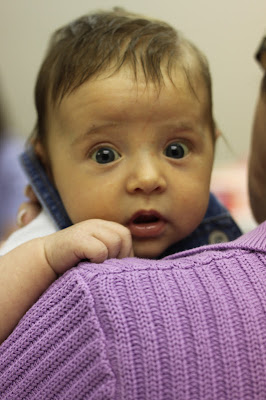 We did a really good job when Kendall was born about buying mostly gender-neutral stuff.  But we still have one pink thing - the Bumbo.  Apparently, there are covers for them, but I doubt we'll get one.  He'll just have to suffer through sitting in a pink chair.﻿ 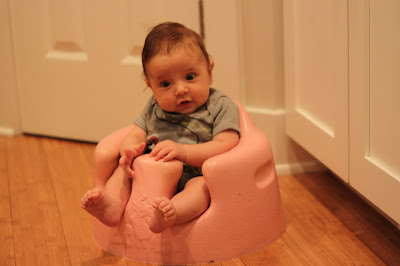 And Cami.  She's seriously one of the funniest kids I've ever known.  She just has this kind of comedic timing, at the ripe old age of 2.  She's funny, and she knows she is.  A lot of times, she amazes me with the things she comes up with.  She's a little quirky, too, which just adds to her personality.  One of her quirks, she loves to smell things.  Right now, she's holding up a bottle of peppermint oil to her nose and smelling it.  Over and over again.  Last night, Grant was shucking some corn, and while she was "helping" him, she smelled the corn.  Pretty much anything that has a smell, she takes the time to smell it.  She's following in Kendall's footsteps, and is learing to be a helper. 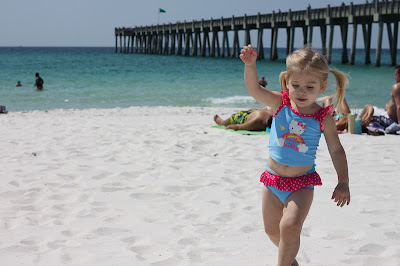 Speaking of Kendall, I would say that's one of her best traits - she loves to help.  She'll make her bed, without me saying it (maybe I should, but I've never asked her to make her bed, unless someone is coming over), set the table for every meal, get diapers for Tucker, dress herself, and pick out Cami's clothes.  She really, really just loves it.  And she's so sweet and thoughtful.  She loves to draw pictures for me, and when she gives them to me, she'll say, "I just love you so much, so I wanted to draw you this picture." 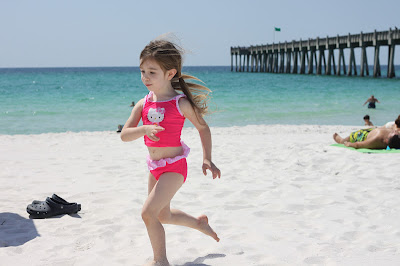 If those earlier words about having three kids came across as harsh, I really do enjoy it.  I put together this little movie of the three of them.  I think I'll make myself watch it when I'm having a particularly bad day, because it just makes me happy.  The girls are very much in love with their brother, and amazingly, they're already asking when the next baby is coming (apparently, it's a girl).  I keep reminding them that we still have a baby, and if we have another baby, it will be a while.  I'm glad that they love having a baby in the house, though.  It makes me feel like I'm doing something right.
Posted by Kelly at 6:08 AM