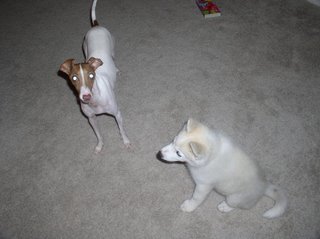 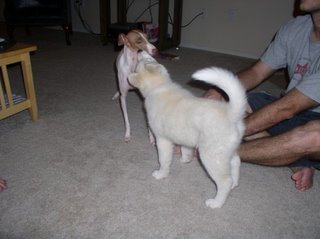 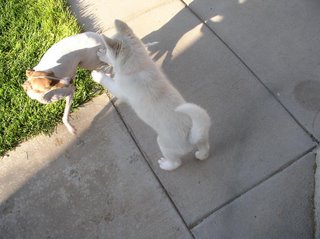 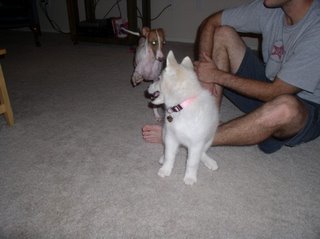 Mrs. J brought her new "baby," Una, over the other night. After getting a little scared of Watley at first, she warmed up to him, and even started pushing him around a little bit. Watley is not by any means an Alpha male dog, so Una took full advantage of that. We got back from a walk, and both dogs were very thirsty. Una beat Watley to the water bowl, and wouldn't let him get in to drink. After she got enough water, she laid down in front of the bowl, so Watley couldn't get to it. He wasn't quite sure what to make of that. Other than that, they appeared to be having fun with each other. In about another month or so, Una will probably be too big to play with Watley, so we had to get a play date in right away, since they're the perfect size for each other right now.
Posted by Kelly at 8:57 AM