The last leg of our trip involved us going to Des Moines to visit friends that we met in Albuquerque, Jenn and Andy. Jenn and I worked at Coca Cola together, and quickly became friends. Several months later, they moved to Des Moines, where Andy was originally from. I was so glad to be able to see them and spend time with them, even if it was just a short visit.

We went to a trendy Italian restaurant in downtown Des Moines, called Centro. The food was excellent! 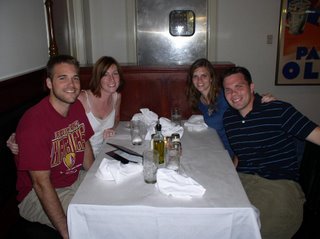 After our nice dinner, we decided to visit the Iowa State Fair, where mullets and missing teeth were a dime a dozen. Andy and Jenn told us about how every year, the fair awards prizes to the biggest pig, biggest cow, etc. So, we were on a search to find them. 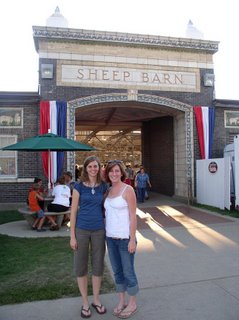 And here it is...Iowa's biggest boar, Waldo. I will give a prize to anyone who can get within 50 pounds of his weight (excluding the few of you who have access to my Ringo account!!). 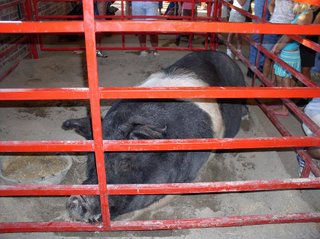 This is Tom, the second biggest boar. I know, it's a terrible angle to take a picture from, but Tom wasn't exactly cooperating with me. 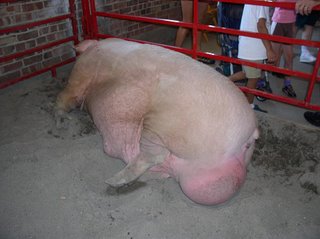 And this is Blacky, the biggest bull. Again, a prize if you can get within 50 pounds of his enormous weight! 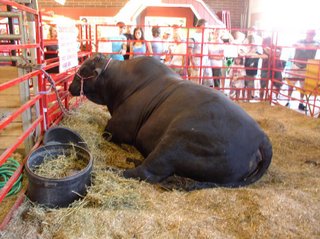 We saw some amazing things, that I'm sure will forever be burned into our memory. We had a great time visiting great friends.
Posted by Kelly at 5:02 AM